ITINERARY
Camino Frances
The towns through which the way passes, the partial km, the total km, wether there is a hostel, ... and download it for free in a PDF file !!!

STAGES PLANNER
Camino Frances
Plan your way choosing the section you want to do and your stages. Download your planning of stages and the complete list of locations of the chosen stretch for free!

STAGES PLANNINGS
Camino Frances
Stage plannigs that can help you. Download the stages planning and the microguide for free!

This is the best known and most traveled route of all the Santiago ways. Much of its route coincides with the route of the Roman road of Trajan, which reached to Finisterre. However, his itinerary as a pilgrimage route was not fixed until the 11th century. Since the discovery of the tomb of the Apostle Saint James spread throughout Christendom, many pilgrims came from all over Europe. In the absence of a specific itinerary, they simply walked to the West. Probably the first road used would be that of the Costa or Camino del Norte, not only because of being easier at the time of orientation, but also to avoid the territories occupied by the Muslims in times prior to the Reconquest of the Christian kingdoms.
The first guide of the Way that is known is the famous Codex Calixtinus, dating from the 12th century, and where the French cleric Aymeric Picaud narrates his trip to Santiago detailing the itinerary, the towns, the customs of its inhabitants, its gastronomy, etc. 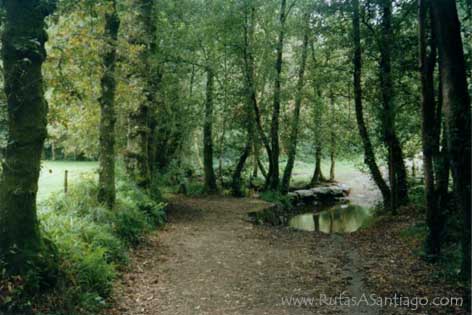 This way is located in the northern half of the Iberian Peninsula crossing it from east to west from the westernmost part of the Pyrenees, and forming a real backbone where three roads come from France and also many of the roads of Spain, such as the Aragonese, the North, the camino de Madrid, the Via de la Plata, etc. In Spanish territory it has an approximate length of 750 km and runs through the Autonomous Communities of Navarra, La Rioja, Castilla-LeÃ³n and Galicia.

In general, the Camino Frances, French Way, does not have complicated stages, and mainly what marks the hardness of the stages is not so much the orography as the length and the climatology. Due to the large number of hostels and towns through which it passes, with a large number of services of all kinds, definitely on the French Way the hardness of the stages is determined by the walker. However, some hard stages, from the physical point of view, correspond to those in which the most mountainous areas cross, such as the Leon mountains and the climb to O'Cebreiro.

The orography of this way is very varied, as you can see in its profile. We go from the mountains of the Pyrenees to the extensive plains of the Castilian plateau, the mountains of LeÃ³n, later O'Cebreiro, and finally the typical "up-and-down" of the Galician landscape.

When choosing the best time of the year to carry out this route, two aspects should be taken into account. The first would be the calendar and the other the weather. If we choose the Summer, we should know that at this time of the year there is a great influx of pilgrims, and the hostels can be crowded some days, especially in its final part. In addition, in summer it is hot, especially in the area called Meseta, plateau from the city of Burgos to the city of Leon. 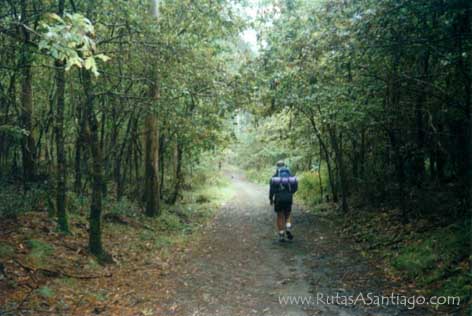 The signaling is excellent and sometimes even excessive through the typical yellow arrows. It is practically not necessary to take a guide or map to follow the itinerary.

There is a huge amount of accommodation of all kinds. There are many pilgrim hostels, both public and private. On average, the approximate distance between towns with a pilgrim hostel is approximately 4.9 kilometers (April-2019). If you prefer, there is also a great offer of hostels, pensions and hotels, although not in all places.

ITINERARY Camino Frances
LIST OF TOWNS AND PLACES.
The towns through which the way passes, the partial km, the total km, wether there is a hostel, ... and download it for free in a PDF file !!!

STAGES PLANNER
Camino Frances
Plan your way by choosing the section what you want to do and planning your stages. It's very easy: Select the section, choose your stages and then, download your stages planning and the complete itinerary of the chosen section for free !!!

STAGES PLANNINGS
Camino Frances
Stage plannigs that can help you. Download the stages planning and the microguide for free!