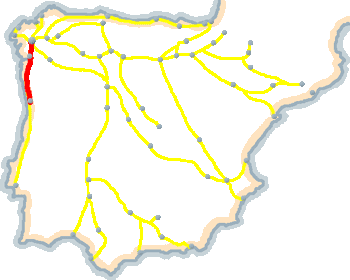 ITINERARY
Camino Portugues
The towns through which the way passes, the partial km, the total km, wether there is a hostel, ... and download it for free in a PDF file !!!

STAGES PLANNER
Camino Portugues
Plan your way choosing the section you want to do and your stages. Download your planning of stages and the complete list of locations of the chosen stretch for free!

STAGES PLANNINGS
Camino Portugues
Stage plannigs that can help you. Download the stages planning and the microguide for free!

Although the beginning of the pilgrimages is earlier, there is evidence from the thirteenth century, with the pilgrimage to Santiago by King Sancho II. This road is the route followed by pilgrims who came from all regions of Portugal. 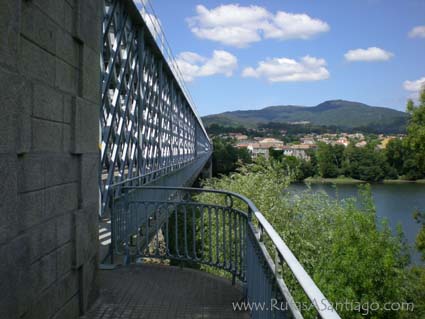 This camino starts in Lisbon, although we have only done it from Oporto. From Oporto there are three options to get Santiago. The best known is the one that runs parallel to the Atlantic coast, although you never see the sea, and it arrives in Spain in Tui. Another route goes to the city of Braga, with the option of linking with the Camino Sanabrés in the city of Orense. And the other is the one that passes through Viana do Castelo, and closer to the coast.

The stages are not hard, since there are no large differences in level and the towns of the hostels allow to plan stages that are not very long. A characteristic of this way is that it is continually passed through villages, and small urban nuclei that merge with each other. This means that we have to walk many sections on asphalt. The counterpart is that we will frequently find ourselves with bars and other services.

The profile of this route is not flat, but it does not have a big accumulated change of level. The only place of some difficulty is the Alto de Portela Grande, which reaches an altitude of about 400 m.

Summer is the time of the year with the greatest influx of pilgrims, in which in some areas, especially in the part of Galicia, the pilgrim hostels can be crowded. As for the weather, the temperatures are milder than in other routes and it is also a more rainy area. 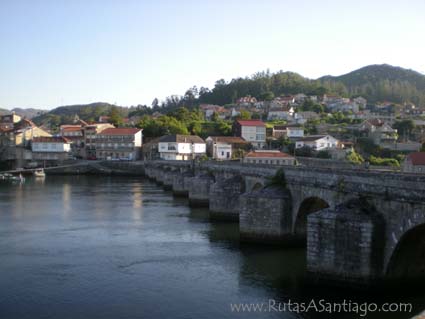 In Oporto there is already a hostel for pilgrims, a youth hostel, and plenty of accommodation for all budgets. Up to the border with Spain, there is enough number of pilgrim hostels that allow the stages are not very long, although in the season of more influx of pilgrims become insufficient. One drawback is that there are not enough to allow playing a lot with the lengths of the stages we want to do. As an alternative, some places have shelter centers, either in the local sports center or in Firemen Station, by the "Bombeiros Voluntários" stations, although they are not always available. Already in Galicia, there is a good network of public pilgrim hostels, although easily crowded in season of more influx of pilgrims. The average distance between towns with pilgrim hostels is approximately 8.6Km (July-2015).

The weather is rainy, being it more in the Galician section. Temperatures are milder than in other roads, which is an advantage if you decide to do it in summer.

ITINERARY Camino Portugues
LIST OF TOWNS AND PLACES.
The towns through which the way passes, the partial km, the total km, wether there is a hostel, ... and download it for free in a PDF file !!!

STAGES PLANNER
Camino Portugues
Plan your way by choosing the section what you want to do and planning your stages. It's very easy: Select the section, choose your stages and then, download your stages planning and the complete itinerary of the chosen section for free !!!

STAGES PLANNINGS
Camino Portugues
Stage plannigs that can help you. Download the stages planning and the microguide for free!